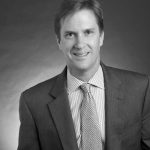 David S. Martin, based in Washington, DC, is CEO, Managing Partner, and founder of Sterling Martin Associates. He started his executive search career in 1989 after eight years in the private business world. For three decades, David has led complex executive search projects throughout the United States, making him one of the most experienced search consultants in the country. As CEO, David guides the firm’s overarching business strategy and takes a lead role on multiple national projects each year.

Before founding SMA, David held senior-level positions with such global search firms as Korn/Ferry International and Boyden International, where he gained valuable experience recruiting for top associations, nonprofit organizations, and Fortune 500 companies. Beginning in 2000, David began to conduct searches for associations, professional societies and nonprofit organizations and became personally interested in this area as a volunteer Board member. For the last 20 years, these sectors have been his focus. He interviews approximately 500 executives per year and has conducted about 15,000 candidate interviews in his 30-year search career.

Prominent clients have included American Pharmacists Association, American Association for Clinical Chemistry, NACE International, Allinial Global, American Bankruptcy Institute, the Biophysical Society, League of Women Voters of the United States, and The Society for Cardiovascular Angiography and Interventions, among many others.

On the volunteer side, David serves as the Chair of the Key Consultants Committee for the American Society of Association Executives (ASAE). He is also on the Board of the Prometheus Consortium (a CEO networking organization) and has served on the Boards of Communities In Schools and Good360.

David holds a BA from the University of Vermont and pursued his MBA at the University at Albany-SUNY. He is certified in the DiSC® and the Predictive Index® behavioral assessment tools.